The entry level boot in the Nike Magista range is the Nike Magista Ola II. Priced at around £40 this boot has the look of and style of the higher tier Opus II and Obra II options, however this is where the similarity end.


The Ola II is an improvement on the original Ola, now carrying less weight and more streamline design which makes the boot lighter than the previous model. Player’s may see a slight improvement in ball control from the synthetic leather upper, however, the performance is less effective than the top tier Magista models. 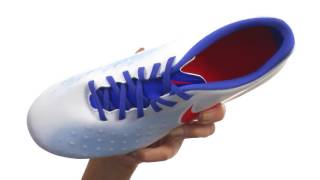 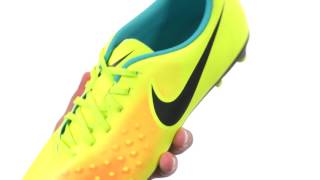 The heel counter on the Magista Ola offers solid protection from kicks and knocks, whilst also providing a lockdown feeling when the boot is on foot. Nike has also added an asymmetrical lacing structure, which helps when controlling the ball for all the creative players out there.

It’s safe to say although the boots have the Magista look and feel, you get what you pay for football boots. This is a great option if you are just starting out, however, do not expect your game to improve from wearing the Magista Ola II boots.