The elite boot in the Magista boots collection is the Nike Magista Obra II.

Check out the full Magista Range 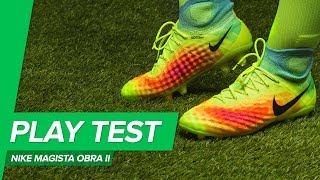 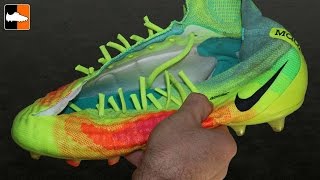 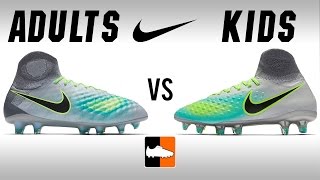 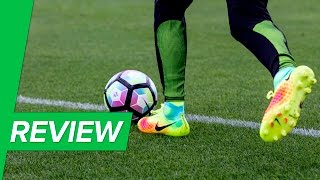 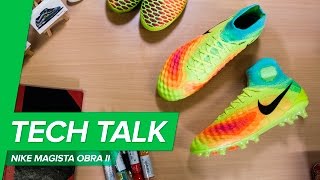 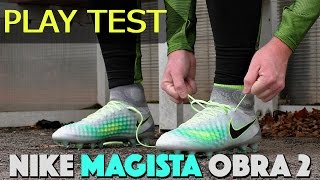 Why Did Nike Create the Nike Magista Obra 2

Nike designed the Nike Magista Obra ii as an improvement on the original Magista launched in 2014. The boot was built around one central question…

What might happen if the foot had evolved as if it were designed to play football?

An important question for any player whose life revolves around the beautiful game and we think Nike have come pretty close to answering this with the incredibly stylish football boot.

Nike’s main aim was to design a boot that improved a player’s touch and traction and due to the constant advances in testing and technology they were able to do this.

“After reading research around evolution and morphology, I was interested in the hypothesis that pruning hands were an evolutionary development for maintaining grip on wet surfaces and tools. That got me thinking about how the foot might have adapted had its primary purpose been football.” Nike’s football designer Phil Woodman

Woodman and his team redesigned the original Magista to shorten the gap between the brain and ball in even smaller. Focusing on amplifying the touch through the feel on the ball, enabling players to create more on the pitch without distraction. Using slow motion footage to highlight high touch zone of the foot, Woodman was able to map out the key areas that needed developing for the Magista 2.

The results of this research lead to the peaks and troughs on the upper design. A higher peak was added to the areas where the foot comes in the contact with the ball more often. This allowed for a more effective touch on the ball, whilst not added more weight to the boot.

The Magista Obra 2’s design has a more natural fit collar that takes the ankle bone into consideration with a thicker knit structure. Extra comfort is also added to the tendon area, as the new Magista Obra 2 collar dips lower to allow for a better feel, whilst Nike added an extra layer of padding under the laces for the tongueless option, to protect the top of the foot.

Nike’s new Magista model’s lock down is increased by the internal heel counter. This boot stability is increased further by the introduction of the Nike Grip sockliner which also improve traction when moving.

“This boot makes a traditional conical pattern seem like black-and-white television. Players noticed the difference right away and responded very well to it.” Phil Woodman

Beneath the Boots>/h3>
The stud configuration research led to a brand new system of stud location, with a light soleplate also increasing acceleration.

One thought on “Nike Magista Obra 2”